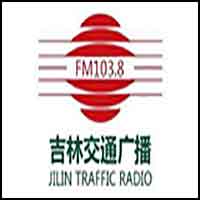 Jilin Traffic Radio is a well-known live radio station. It is the first professional traffic broadcasting media in Jilin Province approved by the State Administration of Radio, Film and Television and the province’s highest listening rate, arrival rate, and advertising return rate. It was officially launched on October 23, 1996. The broadcast frequency is FM 103.8 MHz, and It is playing 24 hours a day.